My mother’s  39th birthday was this past week, and my husband and I decided to do more than the usual, go out to dinner and give a small gift from both of us type celebration. This time, we decided to go to her house before she got home from work, decorate with fresh flowers and tasteful streamers, and prepare a gourmet feast in her honor.

But she said she felt extra special and loved by all the little details that went into the evening.

As much as it surprises me to say so, I really love Martha Stewart recipes. You know they will be good because they’ve been tested and perfected, plus they are always as simple as possible, with only as many steps and ingredients as necessary. Plus, I love looking at the photos.

This was so delicious that it was almost gone within fifteen minutes of setting it out!  No one even touched the store-bought herbed goat cheese, which is usually a fast seller. I didn’t bother finding pink peppercorns or buying fresh thyme—I just used my regular pepper grinder over the warm cheese, and then sprinkled dried thyme from my spice cabinet before drizzling with olive oil. We served it with slices of a fresh baguette and baby carrots.

I couldn’t find papardelle noodles at the grocery store, so we just used lasagna, and it came out wonderfully! We also skipped the ricotta in favor of parmesan, as we were already buying so many cheeses, but one thing I wouldn’t skip is the fresh basil—it just adds so much flavor.

I don’t like asparagus, but I would love to eat this again. We could only find one kind of gruyere at our usual grocery store, and it was very expensive, so we went with havarti instead. I think you could use almost any white cheese, as long as it melts well, and this would be delicious—so delicious.

These were also very good, but next time I will probably brush some butter on top of the potatoes and sprinkle more parmesan over them to even out the flavors. 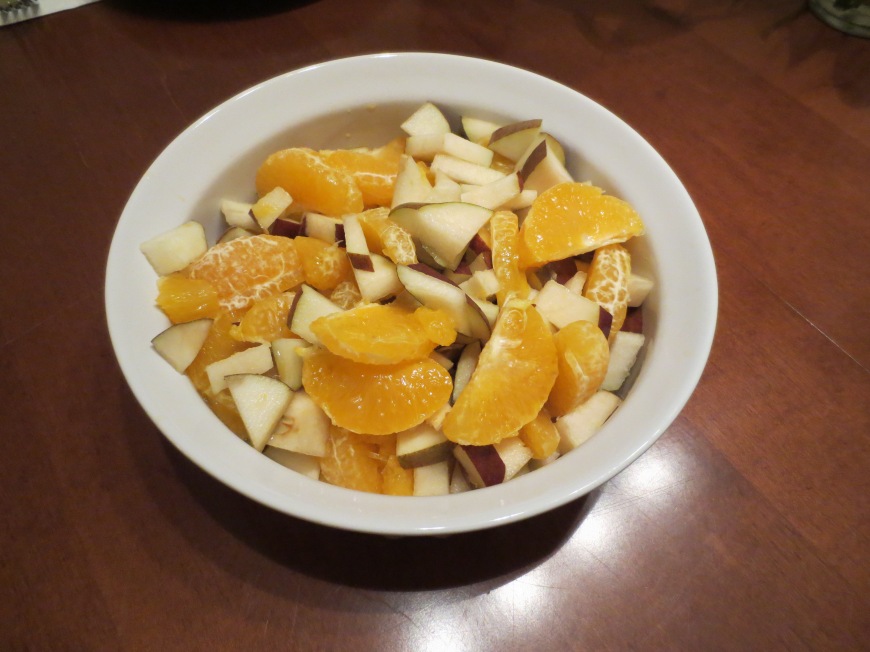 Apparently pomegranates are not in season here during the winter, so our fruit salad was not as colorful as I would have liked. We also substituted minneolas for the grapefruit. Next time you serve orange or tangerine slices in a salad, try cutting them in half like a grapefruit and cutting the sections out. That way you won’t have the bitter skins, and even the pickiest eaters will be happy (yes, some of the oranges in this salad still have the skins—my husband cut these for me, but forgot halfway through and cut the second orange the wrong way; it was still good).

To drink, we tried the Sparkling Cider with Cara Cara Orange Punch

Instead of using regular sparkling cider and adding liquor, we just bought some Harpoon Hard Apple Cider and mixed it into the orange juice (you could use any hard cider, but Harpoon has almost an apple juice flavor, which is good in the punch). It was really tasty, and a lot like a mimosa. In fact, it’s a cheaper, but just as good—or better—version of a mimosa, and I’ll probably use this recipe again for brunch.

And for the grand finale, I made Key Lime Cupcakes with my own amalgamation of recipes:

For the graham cracker crust, I used the recipe from these Key Lime Tarts

I did not bake the crusts before putting the batter on top, because I recently made S’mores cupcakes and felt that baking the crust ahead of time made it taste somewhat overcooked and too crumbly.

For the batter, I used this Key Lime Cupcake recipe, with a little extra lime juice. I did not like the look of their lime curd recipe, so I modified the lemon curd recipe from these delightful Blueberry Lemon Cupcakes. I actually ended up saving the curd for topping, rather than for filling, as I remembered my mom does not like filled cupcakes, but if you do want filled cupcakes, both of those recipes include instructions for filling cupcakes. 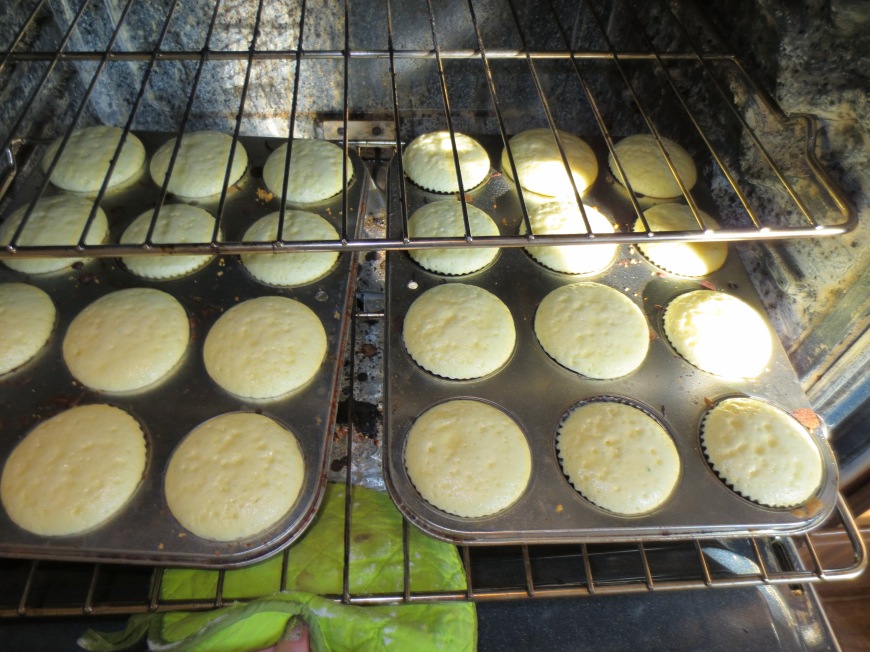 To top the cupcakes, I used the curd as a glaze while it was still warm, and refrigerated the rest to mix into the whipped cream.

The curd as a glaze is absolutely delightful. I think I might use it entirely instead of icing for a layer cake sometime. For the whipped cream icing, I used this Strawberry Whipped Cream recipe as a guide, but used the lime curd in place of the strawberry puree.

I also included alterations from this Stabilized Whipped Cream recipe, since I need to make these ahead of time and wanted them to hold up well in the car ride, and going in and out of the fridge (also, I hoped there would be leftovers!). In the end it didn’t turn out as expected. The whipped cream did not whip—or more accurately, it whipped and then fell, but I’m convinced it was a user error. I will update the recipe if I do it again with better results, but these were still absolutely delicious!

After a delicious and hearty meal, we finished off the night with twelve rounds of mexican train dominoes (that is the actual name of the game, I don’t know why) and a few more rounds of punch! The birthday meal was indeed a success.

If you’d like to include my version of Key Lime Cupcakes in your next celebration (St. Patty’s day is only a month and a half away!), here’s my final recipe: